Today marks the 18th installment in a series of articles by HumanProgress.org titled, Heroes of Progress. This bi-weekly column provides a short introduction to heroes who have made an extraordinary contribution to the wellbeing of humanity. You can find the 17th part of this series here.

Our 18th Hero of Progress Paul Hermann Müller, a 20th century Swiss Chemist who discovered the insecticide qualities of dichloro-diphenyl-trichloroethane (DDT). The effectiveness of DDT in killing mosquitoes, lice, fleas and sand flies that carry malaria, typhus, the plague and some tropical diseases, respectively, has saved countless millions of lives.

Müller was born on January 12, 1899 in Solothurn, Switzerland. At the age of 17, Müller left school and, one year later, began working as an assistant chemist for Lonza – one of the world’s largest chemical and biotechnology companies.

In 1918, Müller returned to school. In 1919, he started studying chemistry with a minor in botany and physics at Basel University. Upon completing his undergraduate degree in 1922, Müller stayed at Basel University to study toward a PhD in organic chemistry. Müller completed his PhD in 1925. That year, he started working for J.R. Geigy, a company that specialized in “chemicals, dyes, and drugs of all kind.” It would be here that Müller made his great discovery.

In 1935, Switzerland began experiencing major food shortages caused by crop infestations, and the Soviet Union experienced the most extensive and lethal typhus epidemic in history. These two events had a profound impact on Müller. Before the 1940s, insecticides were either expensive natural products or inexpensive but made from arsenic compounds that made them poisonous to humans and mammals.

By 1937, Müller had developed a successful seed disinfectant named Graminone, which, when applied to seeds, protected them from soil-borne pathogens and insects. After this initial success, Müller turned his attention to insecticides. After four years of intensive work and 349 failed experiments, Müller found the compound he was looking for in September 1939.

DDT had first been synthesized by Viennese pharmacologist Othmar Zeidler in 1874. Unfortunately, Zeidler failed to recognize DDT’s value as an insecticide. J.R. Geigy took out a Swiss patent on DDT in 1940 and British, American and Australian patents followed in the early 1940s.

The discovery of DDT came at an important moment in history. It played a crucial role in protecting Allied troops in the Far East, where the shirts of British and U.S. troops were often impregnated with the compound. In 1943, DDT was used in Naples to bring a typhus epidemic under control in just three weeks. Between the 1950s and the 1970s, DDT was used to eradicate malaria from many countries, including the United States and most of Southern Europe.

The use of DDT declined after 1972, when it was banned, due to environmental concerns, by the U.S. Environmental Protection Agency. As Richard Tren of the public health advocacy group called Africa Fighting Malaria noted, “while there is evidence that the widespread, virtually unregulated agricultural use of DDT … did harm the environment, no study… has shown DDT to be the cause of any human health problem.”

In 2006, the World Health Organization reversed its stance on DDT. The WHO now recommends “the use of [DDT in] indoor residual spraying” as “DDT presents no health risk when used properly.”

After his discovery, Müller went on to become J.R. Geigy’s deputy director of research for plant-protection. In 1948, Müller received the Nobel Prize in Physiology or Medicine. The fact Müller was accorded this award even though he was not a physiologist or a medical researcher highlights the immense impact that DDT had in the fight against disease. 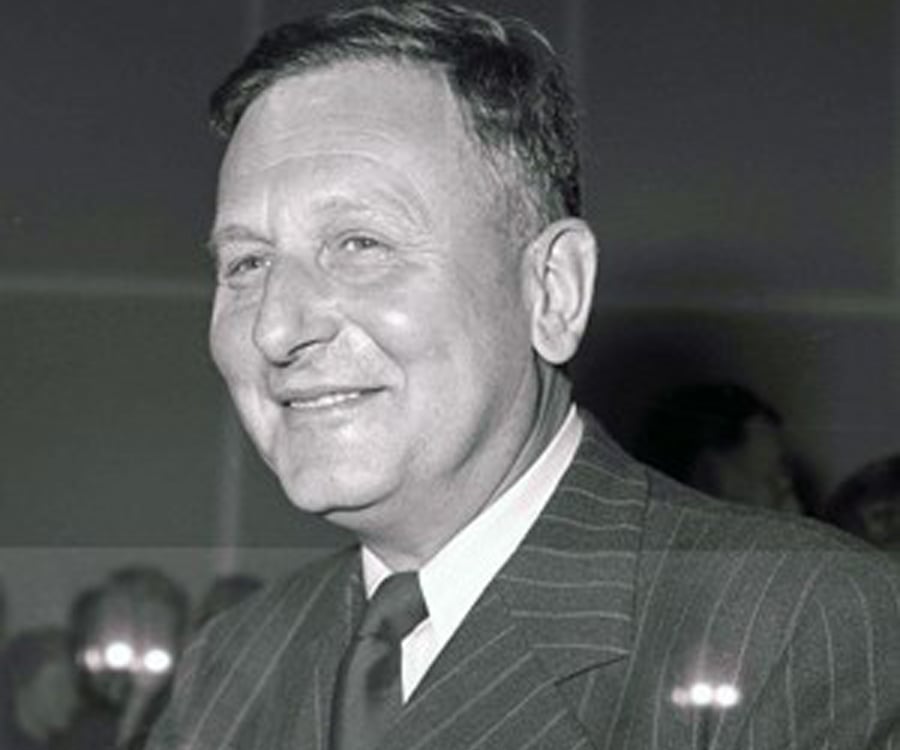 Later in life, Müller received many awards and honorary doctorates. In 1961, Müller retired from J.R. Geigy, but continued doing research in his home laboratory. In 1965, Müller died at the age of 65 in Basel.

Thanks to Müller’s work, billions of people have been able to avoid exposure to deadly diseases that have plagued humanity since the dawn of our species. For that reason, Paul Hermann Müller is our 18th Hero of Progress.